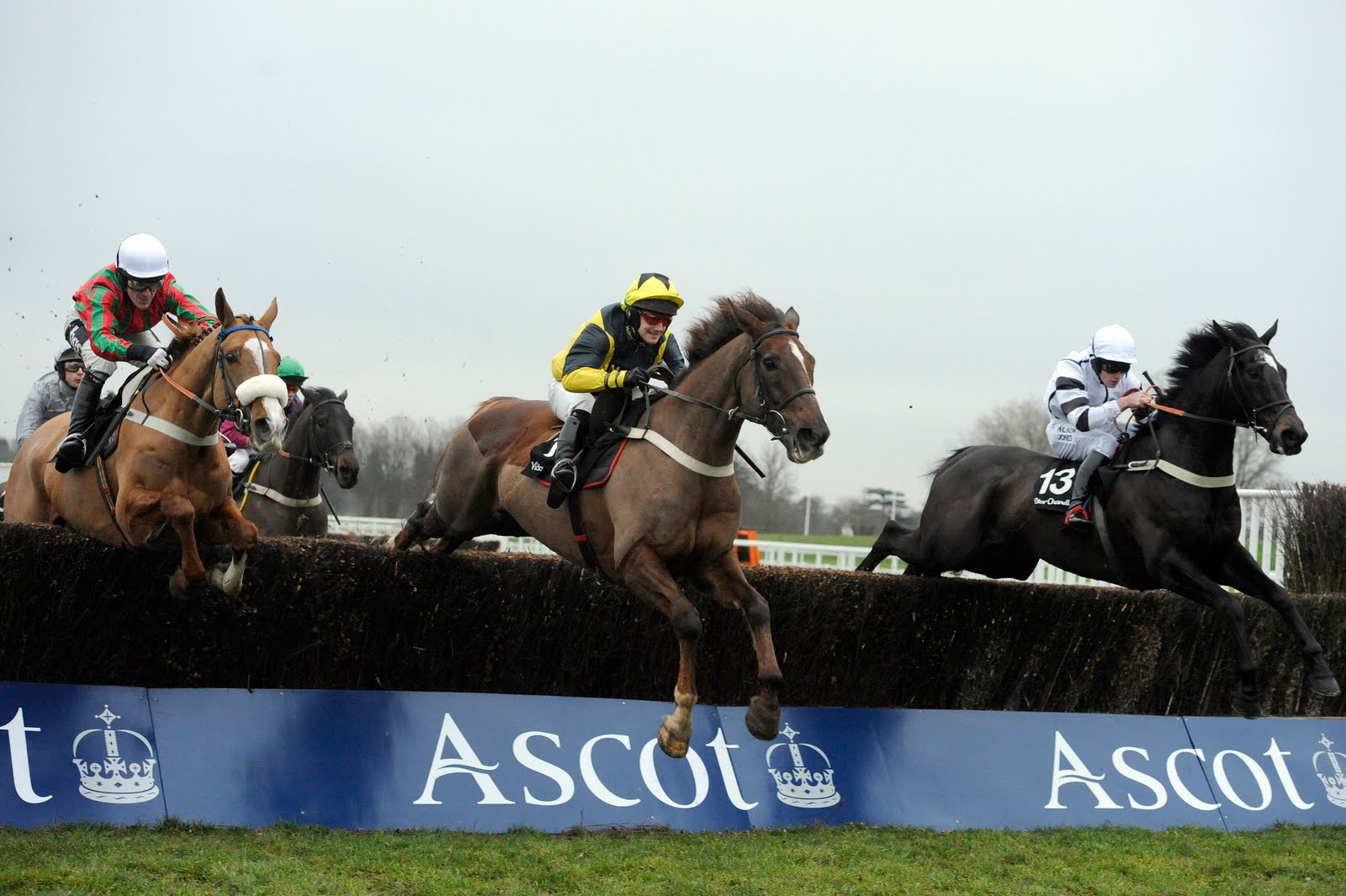 It's the last Saturday action before Christmas Day, but with a bumper day ahead on Boxing Day (we'll be covering that too) then there's plenty to look forward to over the festive period.

We've decent cards at Ascot and Haydock first this Saturday to take in, with six races spread across the two venues. The Long Walk Hurdle at Ascot is their feature race. While at Haydock the Tommy Whittle Chase is always a decent spectacle that might give us a few clues ahead of the Grand National - did you know, 13 of the last 14 Tommy Whittle Chase winners failed to win their last race?

SUREWIN VERDICT: The Paul Nicholls yard won this in 2015 and try again with Dolos and Diego Du Charmil - both horse that are course winners here and more than capable on their day of taking a race like this, but are also hard horses to catch right. Diego heads here with just one win from 9 and Dolos is winless in his last 8. Financier and Guy are players based on the form of their last races, while the Jonjo O’Neill runner - Palmers Hill - returned to the track with a solid win at Wetherby last month too. He’s up just 4lbs for that but after a break the ‘bounce factor’ could play it’s part here. So, the two I like here are KNIGHT IN DUBAI and SULLY D’OC AA. The former is trained by Dan Skelton, who won this race last year, and will be much sharper for a return run at Aintree last time out after 606 days off. The step up in trip is a plus too and prior to that time off was a chaser on the up. Sully D’Oc AA is one of just two CD winners in the field and is much better than his recent showing at Newbury last time. He’s another that will like the longer trip and the return to this track as before that last run ran a solid third here off a 1lb higher mark.

SUREWIN VERDICT: The Nicky Henderson-trained Buzz would have been popular here having beaten Song For Someone well at this track last month in the Grade Two Coral Hurdle, however, the news broke on Friday that this grey will miss the race having fractured a pelvis in his final workout.  Paisley Park is a two-time winner of this race (2018 and 2020) and on his best form the former Staying Hurdling champion is a big player. But he does look to be on the decline to be and was well beaten in the Long Distance Hurdle last time at Newbury (3rd). The winner of that race - THOMAS DARBY (e/w) - stayed on really well, having looked beaten, and if running to that level again looks decent value at a course he’s won at too. Ronald Pump is a lively Irish challenger, but is placed more often than winning, while Champ is interesting back over hurdles to give Henderson another fair chance in the race. But the main call is for THYME HILL to take this for the Hobbs yard. He was a neck runner-up 12 months ago in the race but also the winner of the Long Distance Hurdle in 2020 at Newbury. He’s won 5 of his 8 starts over hurdles too and will be fitter for a run over in France last time when racing far too keen.

Note: The 2004 renewal was staged at Windsor

SUREWIN VERDICT: REGAL ENCORE (e/w) has won this race in 2016 and 2019, plus was a fair third 12 months ago too. Yes, he’s no spring chicken at the age of 13, but we know he saves his best for this track at Ascot and recent form figures here read 3-2-1-3-1-3-2-3! He was also a fine third here at the end of October again to suggest he’s still loving his racing and now 3lbs lower than that run too. Last season’s Ladbrokes Trophy Chase winner - Cloth Cap - would be a big player on that form, but he’s lost his way a bit this season. Jerrysback has the ability to go well here too but has been pulled up or fallen in his last three races so needs to bounce back. Annsam has a consistent profile and has been running well over hurdles of late, but is now 5lbs higher back over fences. Belami Des Pictons has to be considered too after a nice run back at Bangor last month (4th) - he’s off the same mark here and with that last run coming off a 641-day break will be much better for it, while the Venetia Williams yard took this pot in 2013 too. Looks a big player. Of the rest, Grand Sancy and Checkitout can run well, but with the Henderson yard winning this race twice in the last four seasons their CARIBEAN BOY (e/w) is the other call. Down the field in the Paddy Power Gold Cup last time but this step up in trip looks worth a crack and that also came off a 200+ day break. He’s run well at the track before and is down another 3lbs for that last run, so certainly starting to look well handicapped again.

SUREWIN VERDICT: All eyes will be in Goshen here as he runs in a handicap hurdle for the first time. He returned last time here in the Coral Cup (4th) and will be fitter for that. On his best form he’s certainly looking well-handicapped and is a CD winner here but will have 11-12 in weight and will concede all round. He’s a quirky sort that clearly has the ability to win this, but with just one win from his last eight runs isn’t one to trust totally - he’s not fir me until we see more consistency on the track. West Cork came back to the track with a nice win at Cheltenham but is up 7lbs for that and I’d be worried about the ‘bounce factor’ with his Skelton runner too. It’s the horse that came third that day - NO ORDINARY JOE - that gets the call. This 5 year-old was only 2 ¾ lengths behind West Cork that day, but is 4lbs better off here and with just four runs over hurdles should have more in the locker. The Henderson yard also have a good record in this - winning 4 of the last 18. CD winner, Tritonic was 5th in that West Cork race so needs to find a bit more too, while recent prolific winner - ONEMOREFORTHEROAD (e/w) - might still have more to offer despite going up again for winning his last three. He’s only up 3lbs for the last of those wins but beat a fair sort that day in Captain Morgs and jockey Bryony Frost, who has won on the horse before, is back on his back. Samarrive will be popular too for the Paul Nicholls yard - he won well at Sandown last time in a Listed race and that was his third win from just four starts. He’s up 11lbs for that though, so more needed again.

SUREWIN VERDICT: The Jamie Snowden yard have their horses in good order and so a chance is taken on their UP FOR PAROL here. Down the field last time at Ffos Las, but the horse lost a shoe and also sustained a wound during that race to its leg. He’s had around 6-7 weeks to get over that run and still heads here having won two of his four races over hurdles. The Dan Skelton stable have a fair chance too with Boss Man Fred and Soul Emotion in the race, but the yard are only 3 from 39 with their hurdlers at the track - that would be the worry. Minella Charmer is the only course winner in the field but with a low weight, MACKELDUFF (e/w), is the other pick in the race. This 5 year-old was a fair third at Cheltenham last time out and gets in here off the same mark. A slight rise in grade here but that means a lighter racing weight too. Hart Of Steel, Little Awkward and Stellar Magic are others that would make appeal on their best form.

SUREWIN VERDICT: Sam’s Adventure took this race 12 months ago and will be looking to join the likes of Cannington Brook and Bobby Grant, who were two-time winners of this race since 1999. However, he’s not been running well of late this season and is also rated 9lbs higher this time. It’s hard to get away from the Pipe-trained REMASTERED here though. He was going okay when falling four out in the Ladbrokes Trophy Chase at Newbury last month. He gets in here off the same mark and can be expected to be none-the-worse for that fall being turned out just 3 weeks later. The Pipe yard have also won this race twice since 2014. Course winner - Calipso Collonges - will give the pick a fair bit to think about having won well at Kelso last time out and is only 3lbs higher here. CD winners - Potters Legend and Vintage Clouds - are others to respect, while recent Ayr winner - Buzz De Turcoing, who is also a course winner here - will have supporters after that success despite being 6lbs higher. One at a big price though is CRIXUS’S ESCAPE (e/w). Yes, he was well back last time at Ayr, but that was his return run but the thinking with him is that he was going okay in this race 12 months ago when falling at the 12th. Add in, he’s 11lbs lower here and carries only 10-6 (last year 11-7), then he’s also much better off. Brian Hughes riding in the icing on the cake. 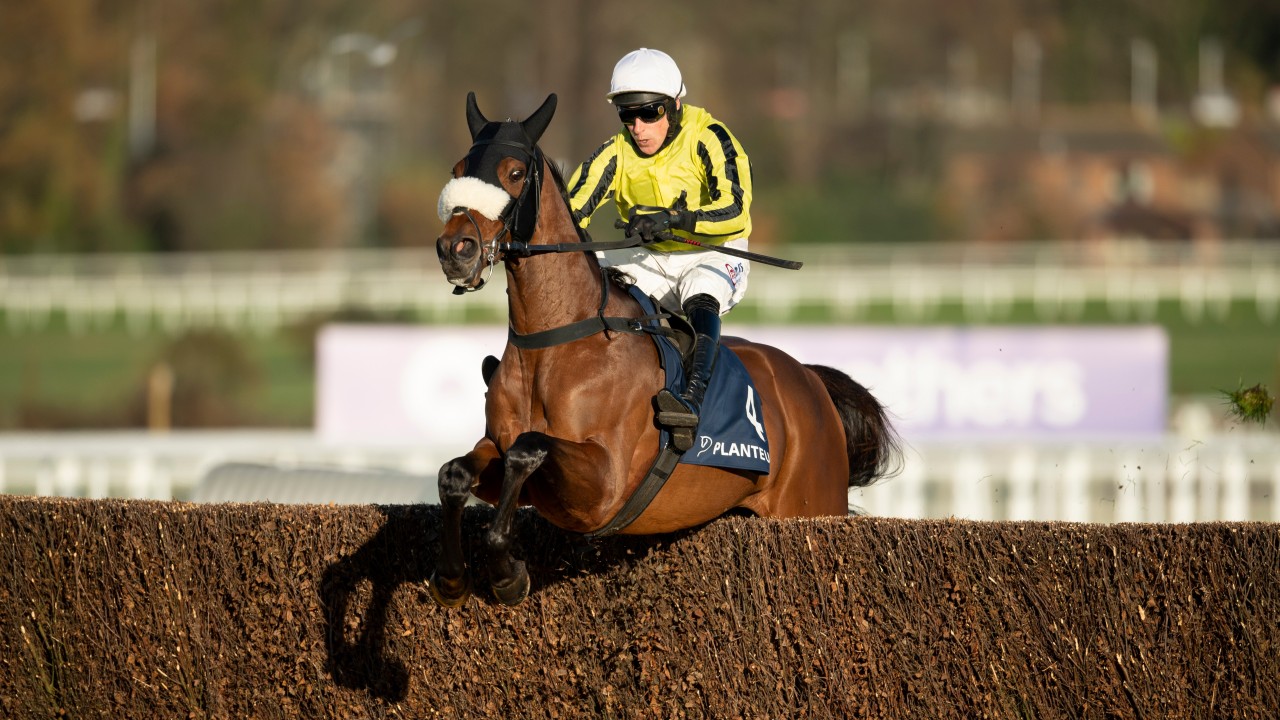 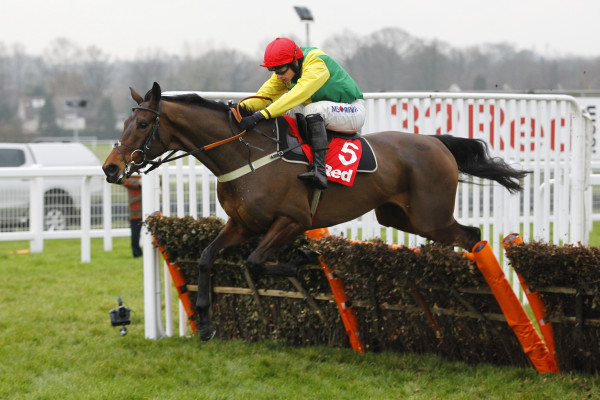