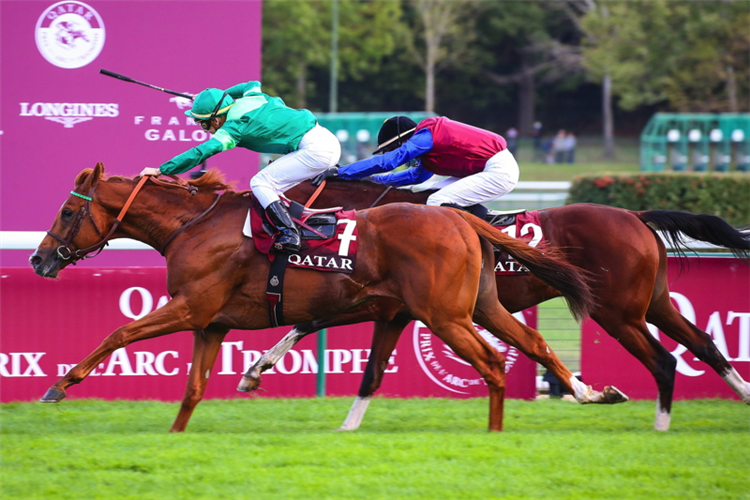 Run over 1m4f the Prix de l’Arc de Triomphe is one of Europe’s most valuable Group One contests that is open to horses of either sex that are aged 3 or older and staged at Longchamp racecourse.

In recent years, the contest has been dominated by the younger horses with 11 of the last 19 winners being aged 3 years-old, while 13 of the last 19 - came here off the back of a last time out victory. Last year we saw the French-trained Sottsass land the race - improving on his third in the 2019 renewal.

The draw has also been crucial in modern times - with a massive 15 of the last 19 winners coming from stalls 8 or lower!

As always, here at SUREWIN, we are on-hand with all the key stats for the 2021 Prix de l’Arc de Triomphe – this year run on Sunday 3rd  October.

SUREWIN VERDICT: A fascinating renewal of this season’s Arc - a case can certainly be made for several! The first thing to note though, regarding the trends, is the draw. A massive 15 of the last 19 winners came from stalls 8 or lower, so this is a good place to start. This would be a plus for Mojo Star, Hurricane Lane, Tamawa, Love, Deep Bond, Bubble Gift, Broome and Alenquer. This could also be deemed a negative for the likely favourite and this year’s Epsom Derby winner - Adayar, who is drawn 11. This Godolphin 3 year-old will still be well-fancied by many though after romping away with the King George at Ascot since that win on the Downs in June. The form of that race, with the classy Mishriff in second and winning since, is rock solid and barring the draw, it’s hard to fault his chance. William Buick, who is looking for his first win in this race, rides, while the ‘boys in blue’ of Godolphin will be looking for third win in the race, but their first since 2002. The French challenge is a bit weak on the ground this year, with the Jean-Claude-trained Raabihah looking their main hope. She does hail from last year’s winning yard though and looks an improving middle-distance filly that won a decent G2 at Deauville last time out. But draw 15 would be the worry. In contrast, the Irish challenge is strong with the Dermot Weld-trained Tamawa a huge player. She will be well suited by the return to 1m4f after not quite getting there (2nd) in the Irish Champion Stakes over 1m2f last time at Leopardstown and draw 3 is a big plus. Two-time winner of this race - Christophe Soumillion rides and is actually 2-from-2 on her - both wins also coming here at Longchamp! Aidan O’Brien will be hunting his third success in the race and with classy mares - Snowfall and Love - he’s got a good chance. Ryan Moore picks Snowfall, but the worry would be that she was beaten at odds of 1/5 here over this course and distance last time and draw 9 is not 100% ideal. LOVE (e/w), on the other hand, might be the value of the O’Brien runners. She will be ridden by a certain Frankie Dettori, who has won this race six times, and draw 4 is the icing on the cake. Yes, she’s got a bit to prove this season and probably wouldn’t want the ground to get much softer, but on her day she’s a classy filly and the return to this 1m4f will help too. O’Brien also runs Broome. We’ve also a runner from Japan as their classy mare - Chrono Genesis - travels over. Ridden by Oisin Murphy, this 5 year-old is a 4-time Group One winner and was only a neck behind Mishriff in the Dubai Sheema Classic at Meydan in March - rock solid form. She’s certainly a player - this is, however, her first time here at Longchamp and draw 14 makes life harder. So, that leaves us with the other Godolphin runner - HURRICANE LANE. This 3 year-old has been very impressive in winning his last three - including the St Leger over further last time out at Doncaster. Before that he landed the Irish and French Derby, the last here over this course and distance. The softer ground is fine, and we know he’s got proven stamina, should this turn into a slog. Yes, his regular jockey - William Buick - decides to Adayar instead, but it couldn’t have been an easy pick, so James Doyle comes in for the ride. This will actually be his first time on the horse, but would have ridden him plenty at home. Draw 2 is perfect too and being a proven CD winner here on very soft ground is a huge plus too.

Age – 3 year-olds have by far the best recent record – winning 11 of the last 19 renewals – a huge plus the Godolphin pair of Adayar and Hurricane Lane if running. The Aidan O’Brien filly, Snowfall, is also a 3 year-old to note, but she does need to bounce back from being beaten at 1/5 in the Prix Vermeille at Longchamp in September. We’ve only seen three winners aged 5 or older win the race since 1976, which is not great news for one of the leading fancies in the ante-post betting Tarnawa, who - if running - would head here as a 5 year-old.

Fitness – With 15 of the last 19 winners (79%) having had at least four runs that season, then it pays to look for horses that have had several runs under their belts this term.

Class - With this being one of the top middle-distance Group One races on the racing calendar then having proven form at the highest level is a must. A massive 18 of the last 19 Arc winners had already won at Group One Level.

Trip – Similar to the last trend, it’s no surprise to see that 17 of the last 19 Arc winners had already won over this 1m4f tips in the past. With the race often run at a strong pace, then horses stepping up in trip for the first time have a whole new task to tackle and this unknown to overcome - so having proven form over the distance is often key.

Draw Advantage – This has been one of the main trends in recent years and a good starting point when the final runners come out each year. Many would think that with the race being run over 1m4f, then the draw might not play a bit part – but that’s not the case at all! A massive 15 of the last 19 Arc winners (79%) came from stalls 8 or lower, while 14 of the last 19 (74%) were drawn 6 or less. 12 months ago, this was further backed up 12 months ago with the winner - Sottsass - drawn in stall 4, while the first three home came from stalls 4,1 and 7.

Track Form – Having tasted the Longchamp track in the past is another plus. We’ve seen 13 of the last 19 winners having raced at the course before – with 12 of those 19 had won at the track in the past.

Trainer/Jockey Stats – It’s a race that’s been dominated by the French-based Andre Fabre, with eight wins to his name - with the last of those coming in 2019. Plus, with three wins in the last six then the John Gosden camp are also starting to make a name for themselves in this contest. It’s slightly surprising that Aidan O’Brien has only two Arc wins to his name, but that could easily change this year and - as mentioned in the intro - the Charlie Appleby Godolphin team, who are yet to win the race, could have a strong hand with their St Leger and Derby winners this season. In terms of jockeys, a certain Frankie Dettori has six wins under his belt and is the most successful pilot in the race’s history, with the French veteran, Olivier Peslier, not far back with four wins.

Overall, this year’s race looks set to be another cracker and cases can certainly be made for many. The ante-post betting at this stage is dominated more by the UK and Irish handlers, but you certainly can’t rule out any of the home-trained runners - especially if they come from the Andre Fabre stable. But, for me, the draw and age trends have always been the two biggest stats to note and combined can easily rule out a lot of the runners. Once we know the final runners, then simply look for horses aged 3 or 4 that are drawn in stalls 8 or lower and that should give you a good starting point! 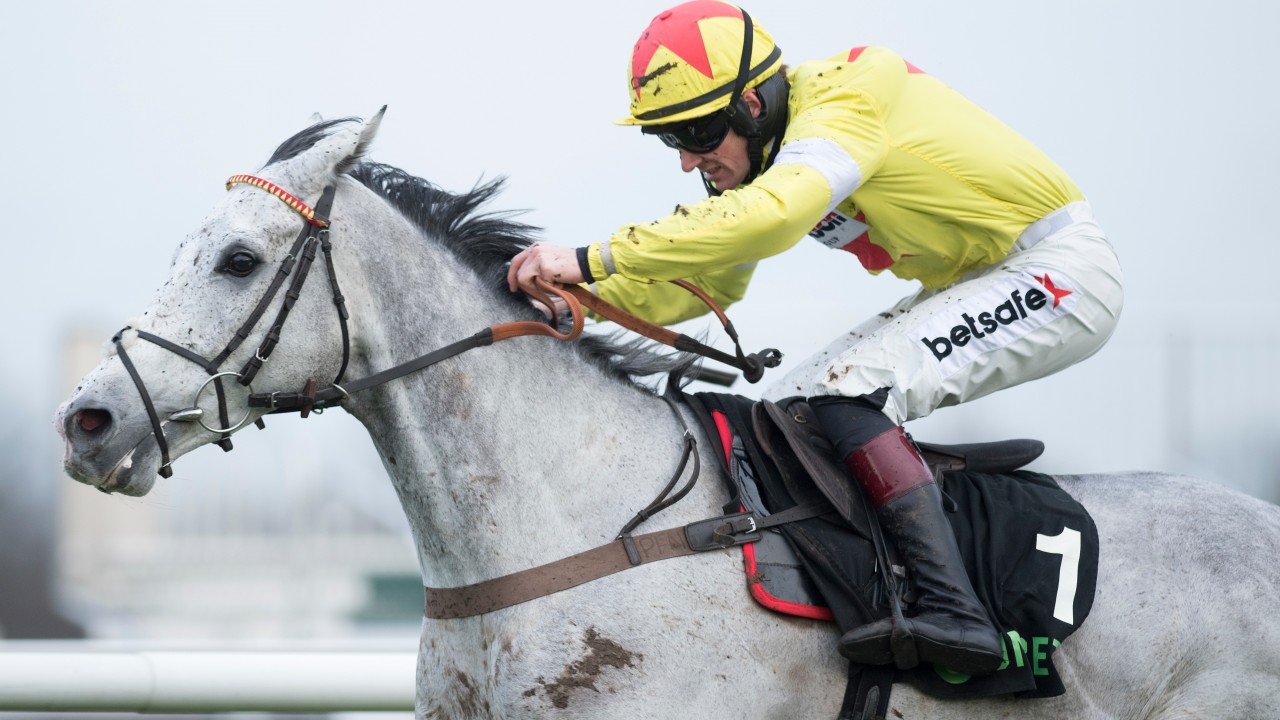 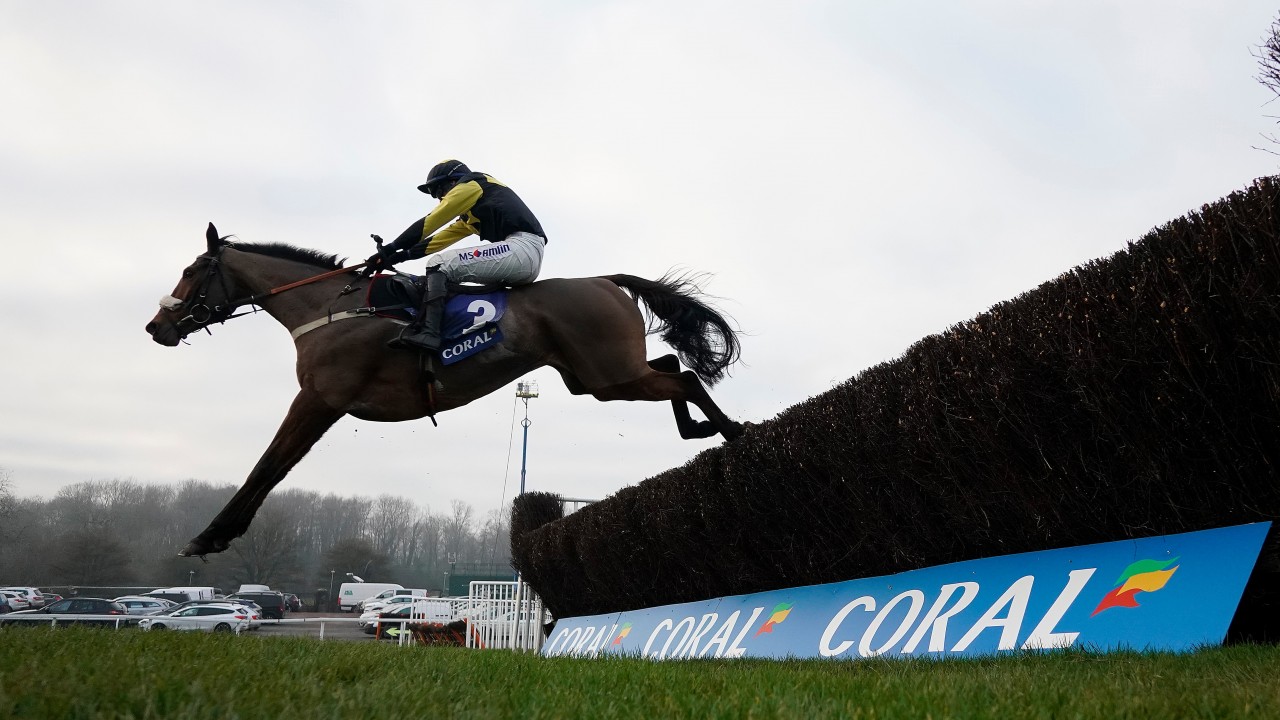